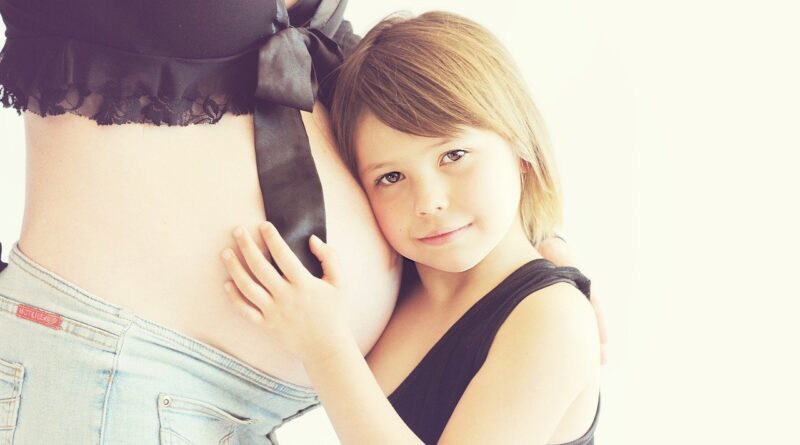 Is it really possible to predict the gender of the baby while you are pregnant without getting any ultrasound scans? The gender of your baby can usually be determined with the anatomy ultrasound[1] at the 20th week of pregnancy. Of course, there is no shortage of old wives’ tales for gender prediction. There are also some of the traditionally held signs and symptoms of baby girl during pregnancy. Let’s look into these symptoms of having a baby girl.

10 Symptoms Of Baby Girl During Pregnancy:

Here are some of the signs to determine whether you have a baby girl.

There is a belief that severe morning sickness is a symptom of having a baby girl. Pregnant with baby girls may be feeling unwell than pregnant with a boy. According to a study, pregnant women with female fetuses had greater LPS-stimulated cytokine production than males. But more research is required to conclude on this sign of a baby girl during pregnancy.

Some pregnant women experience anger and irritability due to extreme mood swings. Hormonal imbalances are one of the reasons for these mood swings, specifically estrogen and progesterone. These women may struggle with extreme feelings of frustration. But these mood swings are common for most pregnant women, it is not necessarily sure that everyone is carrying a baby girl. But some people think that it is a sign of a baby girl.

There is an old wive’s tale that if your belly rests pretty high up, then there is a chance of a baby girl. In fact, you can not tell your sex of your baby just because of a high belly.

Weight gain is also common for pregnant women, But there is a belief that if the pregnant woman is gaining weight around her middle, then it’s a baby girl. But, scientific evidence is required to get this symptom to be true.

For those who have more craving for sweets, then there are high chances of baby girl – again it’s a popularly known sign, but needs to be researched.

Many pregnant women may experience pimples, breakouts, dull skin, etc due to hormonal changes. There is a popular belief that “girls steal your beauty” and so your skin would become dull. But there is no evidence to prove this.

Also Read: How To Get Pregnant With Twins?

Again there is a myth that dull hair is a symptom of baby girl. But there is no scientific proof for this.

Another known old tale is that if there is a rapid fetal heart breath, then it’s going to be a baby girl. But there is no scientific evidence.

Darker yellow urine is common during pregnancy because urine is more concentrated. But there are many home gender predictions that happen based on the color of the urine. If the urine is dark yellow, then it is going to be a baby girl. But again, there is no proof to prove this.

Is It Possible To Predict The Gender Of The Baby Girl?

There are few medical tests to predict the gender of the baby girl. Here are some of the tests:

A fetal DNA test is a noninvasive prenatal test done to determine the gender of the baby by using the fetal DNA from maternal plasma. This Free Fetal DNA test is done between the 12th and 13th week of the pregnancy.

All the above-mentioned ones are not necessarily the facts, there could be myths as well. Much more research is required on these signs to confirm. Scientific intervention is a must to predict having a baby girl. This could be possible through ultrasound around 20the week of your pregnancy. There are other tests but they are invasive.