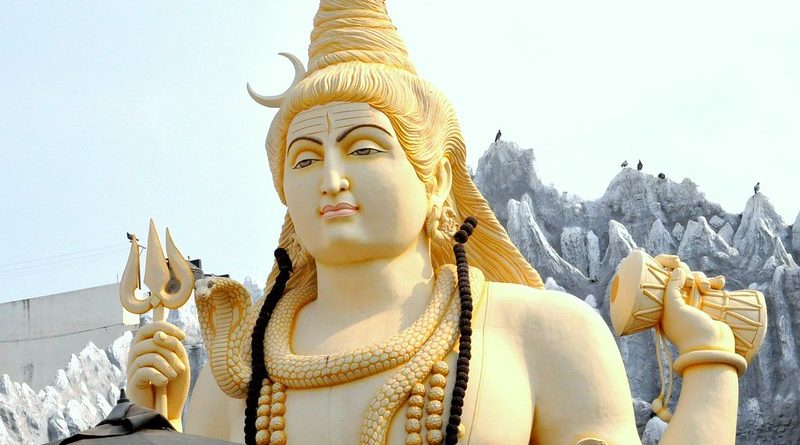 Here are some interesting and top stories about Lord Shiva, read to your kids, they will love these stories.

1.The birth of Lord Shiva Story

Lord Shiva is also referred to as Swayambhu (meaning ‘self-existing’) because he was not born from the womb of a woman. This is an interesting and mysterious story behind the birth of Lord Shiva.

Himavatha, the ruler of Himalayas, and his wife Menaka were great devotees of God Shiva. They asked for a daughter, who could marry the deity. Menaka performs 3 days long penance to appease goddess Gowri Devi, the first wife of Lord Shiva. Gowri Devi was impressed and promised Menaka to take birth as their daughter and jumps into the fire to be reincarnated as Parvati. This leaves Lord Shiva heart-broken and he goes into a long penance to mourn the loss of his beloved wife.

One day, Sage Narada visits Hemavatha’s place to see the Parvathi and forecasts that she would marry God Shiva. As she grows, she spends the whole day praying to God Shiva. Impressed by her devotions, Lord Shiva decides to test her. So, he visited her place as a brahmin. He tells Parvati not to marry a poor, but she strongly said that she will marry only Lord Shiva.

Lord Shiva pleased with her answer and came back to his original and acknowledged her marriage proposal. Thus Lord shiva gets her wife back.

4. Lord Shiva And The Fisherwoman

Lord Shiva starts explaining the Vedas to Parvathi for several years. One day she lost her concentration and Lord Shiva curses her to go to the earth and to take the birth as the fisherwoman.

She takes her birth as a baby girl. The chief of the fishermen community, Parvaras takes her to his home and names her as Parvathi.

Lord shiva misses his wife a lot, Seeing him like that, Nandi suggests Lord Shiva call her back. But he said he can not do that. As per her birth, she is destined to marry an angler.

Lord Shiva and Goddess Parvathi were taking a stroll in the Nandanavana garden. Parvathi often feels lonely when Lord Shiva go out of the Kailash mountain to fight with the evil forms. So she wishes for a daughter from the Kalpavriksha in the garden. A daughter is born to Parvathi and named her as Ashoka Sundari. She witnessed when Lord Shiva beheaded Lord Ganesha. She got scared of that and she became a sack of salt. Later Lord Shiva pacifies her and gets her back to normal.

6. Lord Shiva And The Halahala Poison

One day, sage Durvasa curses all gods to lose their powers. They went to Lord Vishnu and he says to churn the ocean to retrieve nectar that can help to bring back their powers. The gods partner with the demons and start churning the ocean. During the churning process, they found many things including “halahala poison”, which can destroy the entire universe.

All gods approach God Vishnu and he en routes them to God Shiva, as he is the only one to save them. Lord Shiva drinks the poison but squeezes his throat tight to prevent the poison from spreading the entire body. The halahala poison turns into blue in his throat. Hence, he called as Neelakantha.

There is an interesting story behind Lord Shiva’s third eye.

One day, Lord Shiva was meditating. Parvathi thought of playing a game with Lord Shiva. She came from behind and closes his both eyes. It is believed that the right eye of Lord Shiva represents the sun and the left eye represents the moon. Closing his eyes, made the universe into darkness. Immediately he created the third eye on his forehead to emit fire. the heat from the fire caused Parvati’s hands to perspire. The sweat combined with the powers of God Shiva and Goddess Parvathi, transformed into their child named Andhaka.

Then he was named as “Trilochan” as he has three eyes.

Ravanasura is a great devotee of God Shiva. But evil-minded Ravana tries to pull down mount Kailash. His attempt fails. Lord Shiva gets angry and he traps Ravan under the mount Kailash.

Then Ravana starts praying to Lord Shiva. He cuts one of his heads to make a veena and uses the tendons as strings to play music. This goes on for several years before Shiva is impressed. At last, Lord Shiva forgives Ravana and sets him free.

9. The story of Sudarshana Chakra

Impressed by Lord Vishnu’s devotion, Lord Shiva tells him to ask for a boon. Lord Vishnu asks him to give the power to defeat the rakshasas to save all the gods. Lord Shiva gives him a round disc, called the ‘Sudarshana Chakra’, which has the power to kill anything. This the story of Sudarshana chakra.

In the Himalayas, there was a rakshasa named Bhasmasura. He spent several years meditating to please God Shiva. Impressed by his devotion, Lord Shiva appeared before him and offers a boon.

The clever Bhasmasura asks, “Lord, grant me the boon that whatever I touch with my right hand will turn into ashes immediately.” Shiva grants the boon not realizing the evil intentions of the Bhasmasura. Rakshasa wants to test his boon on Lord Shiva to turn him into ash thus to gain the supreme power. Lord Vishnu witnesses this and decides to save God Shiva from the Brahmaputra. Lord Vishnu turns into a beautiful woman named Mohini and appears before rakshasa. Her mesmerizing beauty makes him fall for her and proposes to her. Mohini tells him to dance and defeat her, and then she will marry him.

Bhasmasura agrees and follows every step of Mohini. As his confidence keeps increasing, Mohini does a step by putting her right hand on her head. With overconfidence, Brahmasura forgets about his boon and puts his right hand on his head. Immediately, he turns into ash.

These are the different stories of Lord Shiva. Hope you enjoy reading these stories, Let us know what your favourite story is. Do comment below!